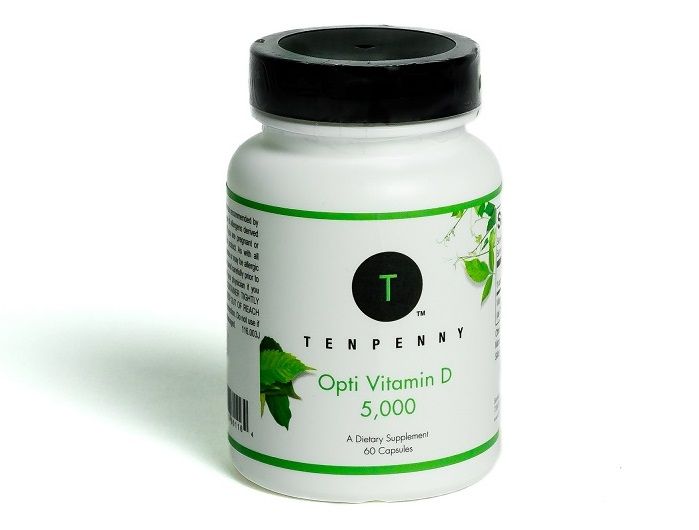 By Dr. Tenpenny
In Stock
PL-TENPENNY-034
In stock
Share
Details

Vitamin D is a steroid vitamin, a group of fat-soluble pro-hormones that are best known for the role they play in supporting bone health and aiding in the absorption of calcium and phosphate from the gastrointestinal tract. However, a growing body of research highlights its important role in supporting other body systems, including cardiovascular and blood sugar balance as well as increasing musculoskeletal strength, neurological and immune function enabled by its ability to target over 200 different genes throughout the body. At the same time, deficiency and insufficiency of this important nutrient has reached epidemic proportions around the world, making the achievement of optimal levels extremely important to overall health.
Known as the sunshine vitamin, one of the key roles of vitamin D is maintaining serum calcium and phosphorous balance. The body makes vitamin D by converting vitamin D2 to D3, or cholecalciferol, when the skin is exposed to sunlight. Vitamin D supplements come in two forms, D2 and D3. Studies have found vitamin D3 is the preferable form, as it has been found to maintain active vitamin D levels for a longer period of time.

BENEFITS
Vitamin D is most widely known as the sunshine vitamin because the body is able to make vitamin D when exposed to sunlight. Vitamin D plays an important role in supporting bone health, maintaining cardiovascular function and immune function, and promoting an overall sense of well-being.

Vitamin D is available in two different forms, D2 and D3. Vitamin D3 is the preferable form as it has been found to maintain vitamin D levels in the body for a longer period of time when compared to vitamin D2.

2 capsules per day or as recommended by your health care professional.

If you are pregnant or nursing, consult your physician before taking this product.